I feel like manifesting, and affirmations have been a hot thing for the past few years.  I’ve spent that time ignoring them and not really paying attention.  But lately, with me on a continued journey of growth and taking in resources to help with that, these two things are consistently recommended.  But I’ve had some questions.  As a Christian, should I partake in this?  It appears that manifesting and affirmations may be connected to the Law of Attraction, and you speak to the universe about what you want.  But why am I talking to a created thing that can’t talk back? Then I’ve seen that the universe is another name for God.  No, the Bible is very clear.  God MADE the universe (Hebrews 1:2-3). He is not the universe.  So again, is this something I should participate in? I know the Bible has plenty to say about the tongue and how it can lead us to destruction, but is the opposite true as well?

I went to the internet and found both yes and no answers.  Bible verses were given for both points of view.  People that said we shouldn’t use manifesting and affirmations pointed to the many verses that talk about who God is and the authority that He has but nothing about what we can or cannot do.  Those that said yes showed verses about the gifts and strengths that God has given us.  I decided to write down a prayer to God and just asked Him.  I spoke about the verses that I knew were fact.  I confessed that I didn’t want to do anything that goes against His Word and asked for guidance.  Then I felt this impression to watch a sermon I’ve meant to catch up on from my church.  To be honest, I’ve felt this impression a few times since I’ve missed the service, but I’ve ignored it.  Not always intentionally, but my other to-do list items would come up (and some were even really good things to do).

The sermon was about right before the birth of Jesus.  The story of Joseph in Matthew 1.  How Joseph’s plan to marry Mary, didn’t go the way it was supposed to because Mary ended up pregnant.  How his secondary plan, to divorce Mary, apparently wasn’t right either.  Our Pastor gave us three things God challenges Joseph to do:

To me, I connected thinks with manifesting and talks with affirming.  I couldn’t believe how quickly God answered my prayer.  What makes it even better are the verses given to support it.  I include the sermon in today’s post, but below are my notes as well.

This is how the birth of Jesus the Messiah came about: His mother Mary was pledged to be married to Joseph, but before they came together, she was found to be pregnant through the Holy Spirit. Because Joseph her husband was faithful to the law, and yet did not want to expose her to public disgrace, he had in mind to divorce her quietly.

But after he had considered this, an angel of the Lord appeared to him in a dream and said, “Joseph son of David, do not be afraid to take Mary home as your wife, because what is conceived in her is from the Holy Spirit. She will give birth to a son, and you are to give him the name Jesus, because he will save his people from their sins.”

All this took place to fulfill what the Lord had said through the prophet: “The virgin will conceive and give birth to a son, and they will call him Immanuel” (which means “God with us”).

When Joseph woke up, he did what the angel of the Lord had commanded him and took Mary home as his wife. But he did not consummate their marriage until she gave birth to a son. And he gave him the name Jesus.

3 Things God Challenges Joseph To Do

1. How I Think About All This

Many are the plans in a person’s heart, but it is the Lord’s purpose that prevails. – Proverbs 19:21  NIV

Because Joseph her husband was faithful to the law, and yet did not want to expose her to public disgrace, he had in mind to divorce her quietly. – Matthew 1:19 NIV

Joseph’s Plan A: follow tradition and marry Mary; Plan B: Divorce her quietly (our instinct is to distance ourselves when things go wrong).

And we know that in all things God works for the good of those who love him, who have been called according to his purpose. – Romans 8:28 NIV

If all of this is useable, I need to change what I think about it.

2. How I Talk About All This

Don’t speak about the negative things; talk about the purpose they provide.

She will give birth to a son, and you are to give him the name Jesus, because he will save his people from their sins. – Matthew 1:21 NIV

But he did not consummate their marriage until she gave birth to a son. And he gave him the name Jesus. – Matthew 1:25 NIV

Although we may not have planned it, we have to participate in it.  God has called us to put words to His work.

Now the Lord God had formed out of the ground all the wild animals and all the birds in the sky. He brought them to the man to see what he would name them; and whatever the man called each living creature, that was its name. – Genesis 2:19 NIV

You didn’t choose what you see, but you are responsible for what you say.

3. How I Move Beyond All This

When Joseph woke up, he did what the angel of the Lord had commanded him and took Mary home as his wife. –  Matthew 1:24 NIV

Be faithful and walk through it.

How to walk after you wake?

She will give birth to a son, and you are to give him the name Jesus, because he will save his people from their sins. – Matthew 1:21 NIV

Joseph hears the gospel, and that is what transforms his life. 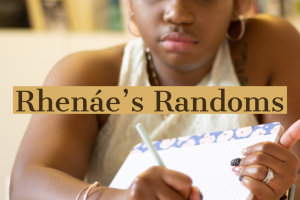 I made a post yesterday to show my highlighting from[...] 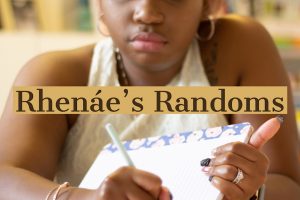 My church, like many others around the country, is in[...]

I am dropping in with an unscheduled blog post to[...]