October 12, 2019 Posted by Tanisha Rhenae Word of the Year, Year of Healthy 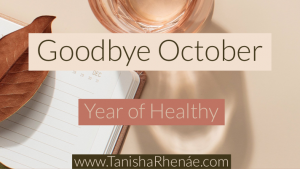 Check out my original October Goals post here. You can catch up on my word of the year here.

October is officially over (Thank You, King Jesus).  And ugh…this month did not go how I planned it at all.  Its been an emotional one with some major hits to a few things that I had planned and some unexpected things popping up.  Dreams were crushed.  Multiple appliances quit working.  Doctor’s appointments didn’t go well.  It was one of those months where I would like to have swept it under the rug and pretend it didn’t happen.  But instead, I really need to look at what went wrong.  Yes, all of those things were bad, but they shouldn’t have had the opportunity to shake me to my core and break my plans.  This was when I realized why I really need to have these habits put in place so nothing can shake them.  Even habits that I thought I already built came tumbling down.  Do you know how everyone says it takes 21 days to make a habit?  Have you ever taken that time, and on day 22, felt more of a relief that you can break the habit? And then actually break it?  Same here.

In The 5 AM Club by Robin Sharma, he recommends taking 66 days to not only build the habit but turn it into an automatic response.  Making your habits automatic helps break decision fatigue.  Sharma breaks down the 66 days into three stages.  The first stage he calls Destruction.  The first 22 days are hard.  You are destroying your old ways, and as he says, “rewriting past programs of your heart and emotions.”  He explains that this is when you will want to quit and give up.  I believe this is probably why we celebrate so much when we do make it to day 21.  The second stage is called Installation.  So while stage one was all about getting rid of your old self and habits, this stage is about creating your new self and habits.  Your need to quit gets higher, and you are having regrets about doing this in the first place.  Sharma takes about some pretty deep emotions that you will feel during this stage: exhaustion, confusion, stress.  But being able to say yes daily to your new habit through this second set of 22 days leads you right to stage three, which is Integration.  This is the last set of 22 days where it all starts to come together and “integrates at a psychological, emotional, physical, and spiritual level.” Doing all of this gets you to The Automaticity Point, where you no longer need to force yourself with your new habit.  Now all the energy you used to build that one habit can be used to create a new one.  And you can start another round of 66 days. 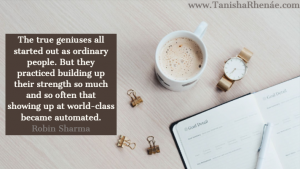 Another thing I realized with my goals for October is, they were kind of all over the place. Some were apart of what could be considered my morning routine. Some a nighttime routine. And while I tried my best to stack them so they could trigger each other, it didn’t work so well. Especially if I messed up one, then it seemed to be a tumbling effect. I realized that for the upcoming months during my Year of Healthy, I need a theme and to focus on that.  For a hint on what November’s theme may be, keep reading.  Here are specific updates on each goal from October:

What was once going so well, just went down the toilet after a few emotionally moody days. I would wake up early, maybe 1-2 days a week to cook my husband’s breakfast and go right back to sleep. Or hear my alarm and turn it right off. What was the problem? I didn’t have a nighttime routine and therefore struggled to get into bed at a decent hour and fall asleep. I suffer from insomnia, and along with my fibromyalgia, I can struggle to fall asleep, although I spend most of my day dealing with exhaustion.  I realized that I needed a nighttime routine that really works.  From my quick research, I see a ton of morning routines, and a lot of people will even say it starts the night before but won’t give many details.  I need to master a nighttime routine before I can move forward on this one.  On a positive note, with my husband’s schedule changing, I was able to adjust this time to 5:00 am, and while I do still sometimes find myself going back to bed after cooking and seeing him off to work, it’s been easier to get up.

So this may be the only routine that I have made some movement on after a bit adjusting of the goal.  The only issue is, according to my calculations, to finish the OT in October, I had to read 16 chapters a day.  And that didn’t happen.  But there have been some things that happened with my Bible reading and studying this month.    Well, let’s just talk about my spiritual life as a whole.

In the Chronological Bible that I am reading out of, currently has me in 1st Kings, 2nd Chronicles, and Psalms.  I still have to get through all of the Prophets, and I have not read most of them, so I imagine I will be taking my time.

Hit each timeline on my water bottle on time

Not only do I not hit my timelines, but I’ve also pretty much stopped drinking my gallon of water.  This all comes from not waking up early and then just not eating or drinking at the right times.  I’ve even been drinking soda because we were given a bunch of 2 liters.  Y’all, I can go months without drinking soda and then bam, here I have 1-2 glasses a day.  I have even been slacking on my lemon water.  It’s been bad.  Plus, I know all of this impacts how I feel.  I know that food and staying hydrated will need to be its own theme.  Honestly, I may even need to split them up to cover two months.  We shall see.

I think this is what I am most disappointed in myself with.  Because I was doing really well with this.  Then I started making excuses for going out and walking.  I need to hold on to how accomplished I felt when I was doing it.  And I need to get it done.  One thing that I hope to do is, now that Chris’s schedule has changed, I’m hoping we can walk together a couple of times a week.

Read at least 30 minutes a day

Is it possible to be in a reading slump right after you launch a blog that has a bunch of book of reviews?  Well, that is what has been happening.  Truthfully, I’ve been reading a bunch of romances, and I can’t really learn anything from those. 😂 But on the other hand, I’ve been watching YouTube videos, listening to podcasts, and doing other things that have been helping me learn or to wind down.  I do read some nights, but it hasn’t been daily.  I haven’t made much of a dent in my October book: The Power of Habit by Charles Duhigg or the four other books I wanted to finish reading.

This was going so well until it wasn’t.  I started by keeping the phone down most of the night.  Then I began to hit ignore limit for 15 minutes at a time.  Then I started to turn downtime off altogether.  I also extended it to have downtime through the weekend.  I turned that off, too, but I am known to ignore all notifications on the weekends.  But I will admit, on the days where I honored this goal, it was terrific.  I was able to do other things.  And most importantly, I was present with what I was doing.  This is such a habit that I want to keep because I’m not going to lie, I think I am addicted to social media.  It may be time for a fast.

So how did October go overall?  It was a major failure.  And I am okay with admitting that because I have a plan going forward.  Some rough days really knocked me down, and I realized that my emotions made me go from resting and recovering to just being plain stubborn and lazy.  I did have a couple of flare days towards the end of the month, and because I wasn’t so productive for the month, I felt even worst taking a day or two to recover.  But November is a new month.  I’m praying for a productive month since I have done a bit of planning.  Stay tuned for my November goals post coming soon. 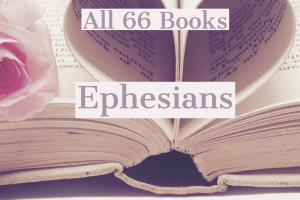 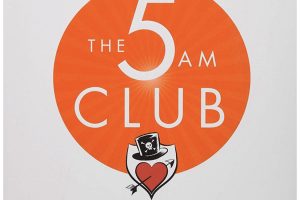 Book Review: The 5 AM Club by Robin Sharma 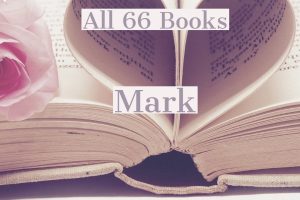