On April 11th, 1968, one week after the assassination of Rev. Dr. Martin Luther King, Jr, who was monumental in the passing of the 1964 Act, President Lyndon B. Johnson signed an extension to the Civil Rights Act of 1964 to include the Fair Housing Act. It prohibits discrimination in the sale, renting, or financing of housing based on race, color, religion, national origin, sex, disability, and family status.

While the Act was passed 53 years ago, we know that we still have a long way to go to stand up against discrimination in the housing market. Not only are Blacks and other People of Color disproportionately disadvantaged when it comes to homeownership, we often run into lower appraisal values, not having enough cash for a downpayment (due to lower wages), and not being able to be competitive in a seller’s market.

In 2020, according to Redfin.com, only 44% of Black American’s owned a home compared to 74% of white Americans. A recent story out of California tells the story of the Austin’s and their struggle to obtain homeownership. They had to purchase a home off-market from another Black family just to reach their dream. They then put over $400,000 into the home that was built in the 1960s. They added a new level, replaced the floor and appliances, built a deck, adding in total an additional 1,000 square feet to their property.

When they got it appraised, the older white appraiser valued the property for $989,000, only $100,000 more than the property was previously appraised for BEFORE the renovations. After fighting to get a second appraisal, they decided to trick the system. A white friend of theirs offered to pose as the wife, removed all family photos, and replaced them with her family pictures. That appraisal came in at $1,482,000—about $500,000 more than the one done just a month prior.

The National Association of Realtors says that Black applicants are rejected for loans three times more than white applicants. Is there any surprise that there is so much of a gap in wealth in this country between races? Homeownership is one of the ways to gain generational wealth and legacy, and these facts are just one of the reasons that Black American’s are far behind their white counterparts in the journey to wealth.

If you are a professional, I recommend signing up for the National Fair Housing Training Academy (I am) and doing your part to help fight against discriminatory practices in the housing industry. As a financial counselor, my goal is to help you achieve your dreams, and if homeownership is how that happens, then let’s make it happen! I’ll be sharing more tips and resources over on my social media pages for the business: Instagram and Facebook. Coming soon to our website is a resource and referral list that will include housing professionals to help your dream come true. 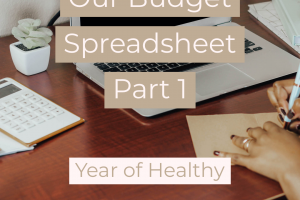 If you have read any of the Year of Healthy[...] 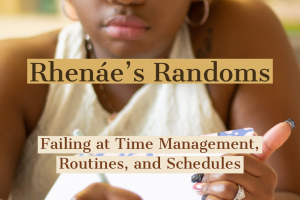 Failing at Time Management, Routines, and Schedules I had a[...] 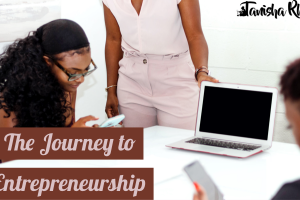 The Journey to Entrepreneurship